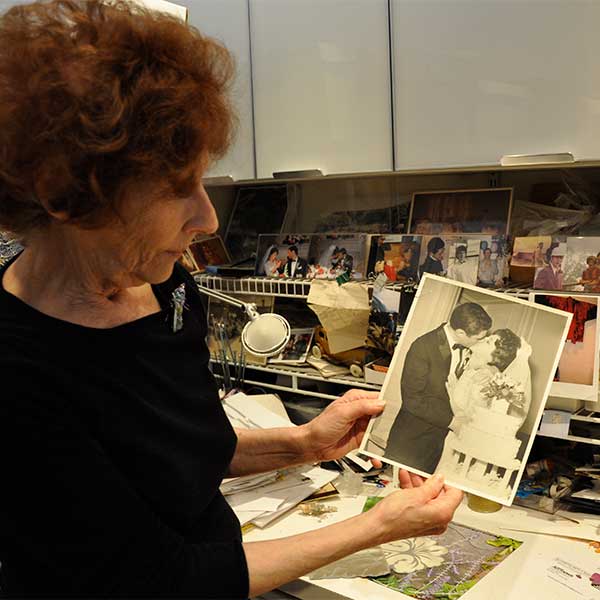 There is nothing more magical than being in the audience at Lincoln Center.

My husband, Lee, and I began attending concerts in the early ‘70s, travelling in from Queens, which was a real commitment.

Once, our son gave us anniversary tickets to a Pinchas Zukerman recital. Despite an awesome snowstorm, we trudged into the city and found a nearly empty hall. Mr. Zukerman graciously asked us all to gather close to the stage and then began to cast his musical spell. We felt he was playing just for us.

Years later, we wandered around a fine crafts fair on the plaza during intermission. Within minutes, Lee found a beautiful ring and asked me to try it on. As lovely as it was, I discouraged him from buying it. Later that night, and unbeknownst to me, he purchased it. His intention was to re-create our very romantic first date forty-five years before; he was planning to take me to the same restaurant, present me with the ring, and ask me to be his wife...again.

I now live directly across the street from Lincoln Center. From my windows I can see the very spot where Lee discovered the ring. I take great comfort and consolation in remembering that evening because I lost him just a few years later.

When I look at the ring on my finger, I feel the beauty of his presence and the exquisite music around which we built our lives. The ring never comes off my finger.

—Deborah, subscriber since 1974, in loving memory of Leon

the Budapest Festival Orchestra musicians doing tangos during a performance.

"...of its beauty and its unique ability to encompass and enrich all aspects of the human experience."

the Emersons playing all 15 Shostakovich quartets. 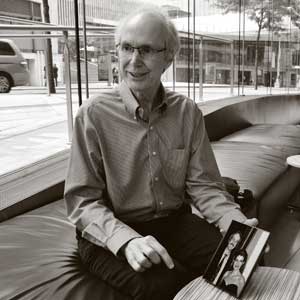 With the treasured photograph. Photo by Cara Charlton

I grew up in California and Mississippi, where there was essentially no opportunity to hear quality classical music. My fondest, although seemingly hopeless, dream was to attend a great performance in person. When I moved to New England and began my subscription to Great Performers, it was literally a dream come true. For 25 years, I have travelled two hours from Connecticut for each of my subscription concerts.

My first Great Performers concert was Yo-Yo Ma playing the Rachmaninoff Cello Sonata. Later, I discovered that this was the last concert Leonard Bernstein watched before he passed away that same day. But my all-time favorite concert was Evgeny Kissin playing an electrifying recital of Schumann’s Fantasie and some of Liszt’s Transcendental Etudes.

I also love having the opportunity to meet many of the artists after the concerts. One time I was first in line to meet Anne-Sophie Mutter in the green room after her recital, but was feeling shy. She looked at me and said, “Come on over—I won’t bite.” Then we had a lovely conversation and posed for a treasured photograph.

one of the reasons I live in and love New york.

watching Gustavo Dudamel get his orchestra to play to the hilt. 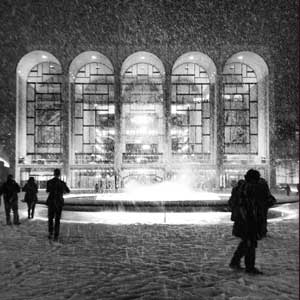 I am in love with the human voice, and it does not get any better than Art of the Song. I moved to Hell’s Kitchen so I could walk to Lincoln Center. I love hearing the world’s great singers.

My favorite performance was Susan Graham’s recital on a cold February day in 1997. She came out in a simple blue gown, started singing, and I was blown away. The first half of the program was all German lieder. Then she came out and sang Hahn’s "A Chloris." She was born to sing French songs—odd for a girl from Roswell, New Mexico!

As hectic and crazy as my life can be, classical music gives me a chance to escape into another world.

it allows me to tap into passions and loves I hold that I do not fully understand myself but that give me great joy.

—Charles and Ivy, subscribers since 2000 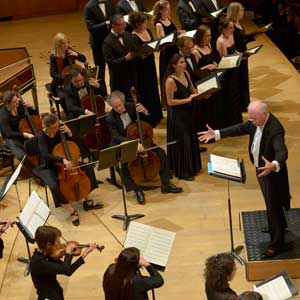 Lincoln Center has been a part of my life since it was built, and sometimes I come to hear music two or three times a week.

I grew up with classical music. It is the music that moves me and has always added significant meaning to my life. I am particularly interested in Baroque and early music, and the quality of what Great Performers presents is unparalleled. My favorite memories are of watching William Christie conduct Les Arts Florissants.

Lincoln Center has been a wonderful refuge during challenging times. It is the main reason I have chosen to remain in New York City.

the Budapest Festival Orchestra rocked Brahms's Symphony No. 1, and then the encore, Brahms's "Abendständchen," in German, followed by a roaring standing ovation.

it is endlessly intriguing and offers so much pleasure.